Do You Feel a Cough Coming on? Reflexology Foot Tip 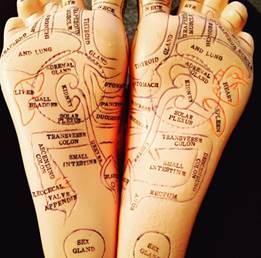 Feel like a Cough Coming on? Reflexology Foot Tip Your throat feels scratchy. You begin to cough, then the mucus begins to run! You got yourself a cough that won’t stop. Try this foot reflexology tip to eliminate cold symptoms or beat cold symptoms. Do daily, several times a day, until you feel better. It […]

‪Eliminate Coughing, Mucus, and Phlegm Production Now! Respiratory infections like colds, flu, and sinusitis are common causes of increased mucus production. When mucus drips down the back of the throat, it triggers a coughing reflex. Now in the era of COVID19, we have to be more careful than ever to keep our respiratory function healthy […]