Can Reflexology be the New Pain Killer? 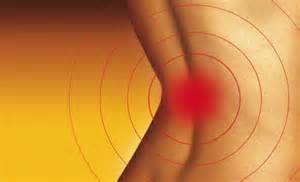 According to new scientific survey, Reflexology may be as effective as painkillers! “Researchers at the University of Portsmouth have found that people felt about 40% less pain, and were able to stand pain for about 45% longer, when they used reflexology as a method of pain relief. Dr Carol Samuel, who is a trained reflexologist […]

Reflexology and Why You Need It!

Reflexology is a great natural alternative therapy to enhance the quality of your life. It makes use of massage techniques to stimulate nerves, mostly in the palm of your hand and bottom of your foot. These nerves branch to different glands and organs in the body. To practice reflexology at home, you must first analyze […]

How to Do Reflexology at Home to Treat Common Ailments

by Jenny Hills, HealthyandNaturalWorld.com   The concept of reflexology can be traced back to ancient Egyptian and Chinese civilizations. It was popularized in the United States in the early 1900s when various doctors and physiotherapists began to study the extent of nerve cells in the hands and feet. Reflexology is a safe and completely natural […]