The Study of Reflexology 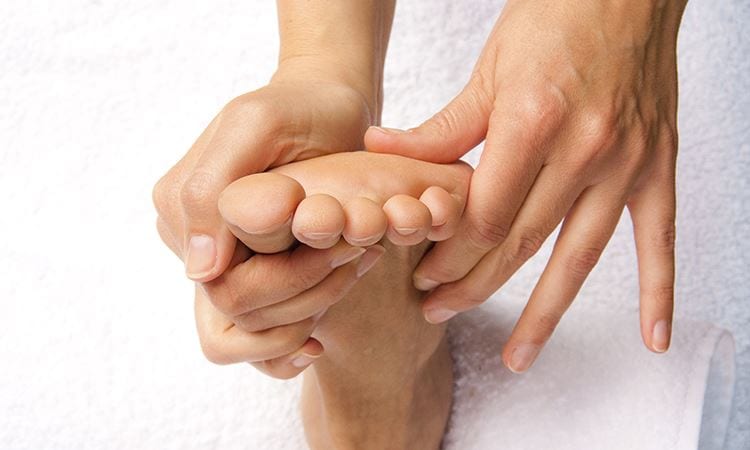 Spanish researcher and reflexologist Jesus Manzanares, M.D., who developed the Manzanares Method of Reflexology, began reflexology research in 1980. He created a study that spanned a period of time from 1989 until 2002.

His aim was to study biopsies of deposits taken from human foot tissue; to analyze anatomical characteristics and tissue composition of the deposits to understand the relation to pathologic conditions in the body; and demonstrate the role of the nervous system in reflexology.

Deposits can be located throughout the feet in reflex areas that correspond to specific organs, glands and body parts. The results revealed a difference exists between nondeposit biopsy and subcutaneous cellular tissue in an area where deposits exist:

Other items to note regarding the study: deposits are formed by a net of hypodermic connective tissue with abundant neurovascular elements; the presence of abundant nervous fibers in tissue with existent deposits supports the relationship between reflexology and the body’s neurological system; and the mechanism of action of reflexology has a neurobiochemical basis.

Manzanares also discovered deposits are located in the hypodermis, or subcutaneous cellular tissue, where existent Pacini and Golgi receptors are extremely sensitive to pressure.

Deposits reflect the imbalance—anatomical or functional—of the organ or body part represented in the corresponding reflex area in the foot.

Physical characteristics of deposits depend on the organ imbalance, the zone of the foot where that organ is reflected and the pathology phase. Deposits are palpable for size, consistency and sensitivity.

In this research study, Manzanares was able to determine to what areas of the foot referred to, as deposits in reflexology have an organic composition as opposed to previous theory of inorganic matter, calcification crystals or toxins.