Do You Really Know How Much Sugar You Are Eating? 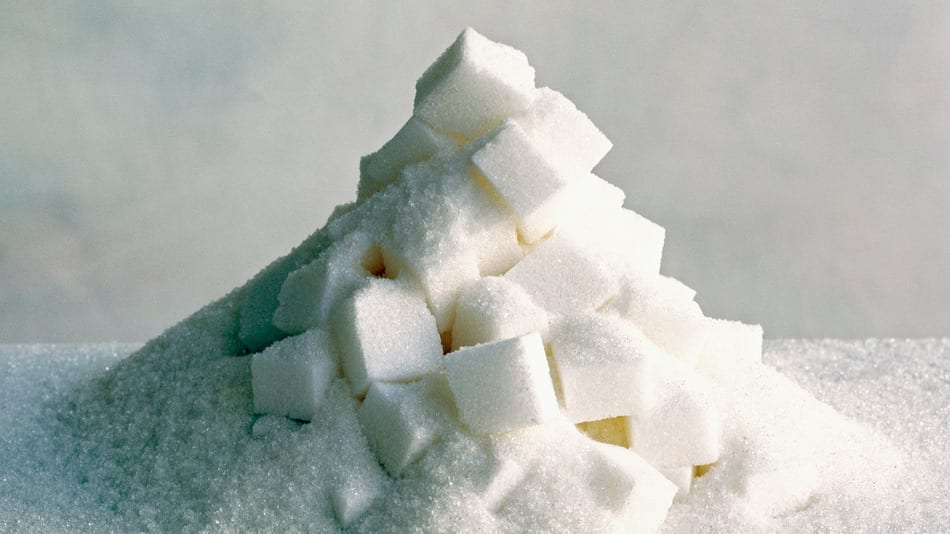 Of all the dietary causes of obesity, consumption of added sugar leads the charge. A wealth of information now exists on the ever-increasing amounts of sugar steadily added to the American diet over the past several decades, largely in the form of packaged and processed foods. Here are the top 5 offenders:

According to a key paper from the American Journal of Clinical Nutrition (AJCN), soda plus energy and sports drinks account for the largest food-group source (34.4%) of added sugars in the U.S. diet. Sugar-sweetened beverages were confirmed as the top source for added sugars among children and adolescents by other researchers as well when examining data from the National Health and Nutrition Examination Survey (NHANES).

According to some estimates, overweight and obese adolescents are drinking enough of these beverages to account for an average of 15% of their total daily energy intake.

Other experts have noted how the increased consumption of sugar-sweetened beverages in the United States has paralleled the rise in obesity rates. And some have pointed out that the way the body reacts to calories in liquid form, in terms of release of obesity-related hormones such as ghrelin and leptin, is different from the greater satiety it experiences with solid foods.

Meanwhile, according to the United States Department of Agriculture (USDA), the average 12-ounce can of cola contains over 8 teaspoons of sugar! So, by drinking just one small soft drink, a woman would have already far exceeded her recommended daily sugar maximum, and a man would have nearly reached his.

With numbers like this, it is easy to see how the average American can consume 22 teaspoons of added sugar per day, far beyond the AHA’s recommended maximum. And, extrapolating from that, it is even easier to see how this level of high-calorie sugared intake could contribute to the rise of the obesity epidemic over the course of time.

These are the pies, cookies, and cakes that so many love to eat for dessert. Basically, anything that is made with any kind of flour counts as a grain dessert. And, according to the latest findings, we as a nation are eating far too many of them.

In the AJCN paper, grain desserts were found to account for 12.7% of overall added sugar intake.

Fruit drinks are seldom 100% fruit juice, but rather are more likely to be a combination of added sugars and syrups with some blend of fruit juices thrown in. These added sugars include ingredients like sucrose (table sugar), cane sugar, evaporated cane juice, fructose, high-fructose corn syrup, juice concentrate, and other additives that are essentially sugar as far as the human digestive system is concerned.

Additionally, keep in mind that even 100% fruit juice has had the essential fiber of the whole fruit removed, and thus is much higher in unopposed sugar content than one would get with eating the original fruit.

This one is no surprise… According to recent estimates, candy consumption accounts for 6.7% of overall added sugar intake.

This is the category that includes ice cream and frozen yogurts, and accounts for 5.6% of overall added sugar consumption.

Beware of low-fat versions of dairy desserts; to compensate for the loss of fat, many manufacturers add more sugar to these than would be found in the higher- or full-fat versions.

Start to look at food labels for carbs and sugar. You want to aim for natural and added sugar of 24 grams  for women, 36 grams for men and for growing children 48 to 60.

About the writer – Written or reviewed by a board-certified physician. See About.com’s Medical Review Board. Yasmine S. Ali, MD, MSCI, FACC, FACP, is a preventive cardiologist and the President of Nashville Preventive Cardiology, PLLC, in Nashville, TN, where she focuses on preventing cardiovascular disease and coaching patients through heart-healthy lifestyle changes, including exercise and weight loss.

Learn how Reflexology, Energy Medicine, Chakra Balancing and Reiki can help you find long relief from can help you to find long last relief from chronic respiratory and digestive issues, chronic pain and balance hormones naturally, call to schedule a FREE consultation 508 359-6463 or schedule online by going to www.healingplacemedfield.com